Many of you might not know this, but I lived in Russia for about 6 months of my life. It was a unique experience and, had I been as food aware as I am now, I would have probably wanted to taste this dish in its homeland. Beef Stroganoff is a failry modern invention, with the recipe dating back only to the beginning of the 19th century. Even so, however, it looks like the original recipe from the Stroganoff family was little but a polished older Russian recipe. Count Pavel Stroganoff, in particular, well renowned for his love of food and entertainment at the court of Alexander III, seems to be the author of the recipe and the latter was already included in an 1871 edition of a popular Russia cookbook.

Although varied in content according to the source one decided to quote, the recipe seems to contain some staples: beef, onions, sour cream (although some versions swear by normal cream) and mustard. The addition of mushrooms meets criticism and applause alike, depending on what upbringing one might have had. The classical accompaniment, moreover, seems to be finely cut potato chips, although rice and/or noodles are also a strong favourite. 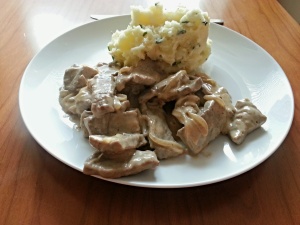 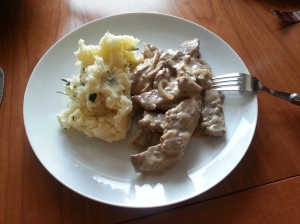